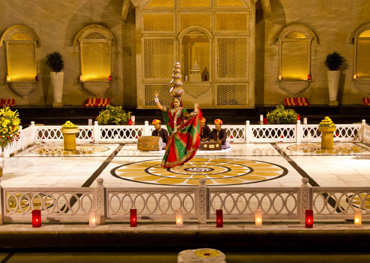 Additional Information:
1- This tour is not operate on Thursday
2- No heart problems or other serious medical conditions
3- This is a private tour/activity. Only your group will participate
4- Duration are approximate, the exact duration will depend on time of day and traffic conditions

9am pickup and see some of India’s most iconic cities on this comprehensive 3-Day Golden Triangle Tour to Agra and Jaipur from Delhi. Tour by comfort of a private air-conditioned vehicle and make your way between Delhi to Agra and Jaipur. Visit the Sunrise tour over the Taj Mahal a UNESCO World Heritage Site, another visits a UNESCO World Heritage Site, Agra Fort. Jaipur visit Amber Fort, Founded by Maharaja Jai Singh II, this ‘pink city’ is meticulously constructed on the lines of the Shilpa – Shastra, an ancient Hindu treatise on architecture. Round-trip air-conditioned transport from New Delhi, hotel accommodations, Private tour guide and daily hotel breakfast included.

Receive morning pickup from Delhi Airport, the Railway Station, your hotel or a desired meeting place at 9am, then proceed on the half-day city tour of Delhi.

Pickup at 6am early morning at sunrise we leave to explore the monumental heritage of the Great Mughals, visit the magnificent Taj Mahal (Closed on Fridays), a UNESCO World Heritage Site one of the Seven Wonders of the World and surely the most extravagant expression of love ever created. 20,000 men labored for over 17 years to build this memorial to Shah Jahan’s beloved wife. It’s a wealth of white marble and semi-precious stone – « undoubtedly the highlight of the tour ».

Shopping tour of Agra to explore the local handicrafts centers of the city where we can look for Agra’s major handicraft products besides marble inlay work, fine quality carpets, jewellery and embroidery, brassware, leather goods, etc.

After Agra city tour then 4-hrs drive to the old walled city of Jaipur. Founded by Maharaja Jai Singh II, this ‘pink city’ is meticulously constructed on the lines of the Shilpa-Shastra, an ancient Hindu treatise on architecture. The city’s ancient palaces and forts have borne witness to countless royal processions and fabulous splendor.

You’ll also make a stop to visit Fatehpur Sikri (own expense), which has been described as the world’s most perfectly preserved ghost town. Built by Akbar in the late 16th century, it was abandoned after only 14 years, and the elegant buildings of this superb walled city remain intact to this day.

After breakfast, check out and proceed to visiting the Amber Fort. The Amber Fort is situated on a ridge just outside Jaipur City and is beautifully reflected in the lake below. Inside the fort, you will encounter the world-renowned Jai Mandir temple with its dazzling Sheesh Mahal hall of mirrors. The walls and the ceiling of the Mahal are covered with a beautiful array of mirrors, which reflect any streak of light, illuminating the entire room.

After lunch, proceed to the City Palace and Ovservetory which is located in the heart of the old city. Once the royal residence of the King of Jaipur, the palace was built using a blend of Rajasthani and Mughal styles. It features carved arches, intricately crafted columns and two carved marble elephants that guard the entrance. You’ll also see Jantar Mantar, a stone observatory built in the 18th century.

Time permit, shopping in Jaipur where you will find an enticing variety of goods. Some of the most popular items include precious gemstones, silver jewelry, bangles, clothes, blue pottery, and textiles.

In the evening 4-hrs drive to Delhi where you’ll be dropped off hotel or anywhere in Delhi.

Agra : Overnight at a 4* Hotel Ramada or similar

Jaipur : Overnight at a 4* Hotel Ramada or similar

Group Discount Available
From $ 250.00
per Adult
Need help with booking? Send Us A Message

9-Day Golden Triangle Tour with Jodhpur and Udaipur from Delhi

3-Day Tour to Delhi, Agra and Jaipur from Kolkata with one-way Flight