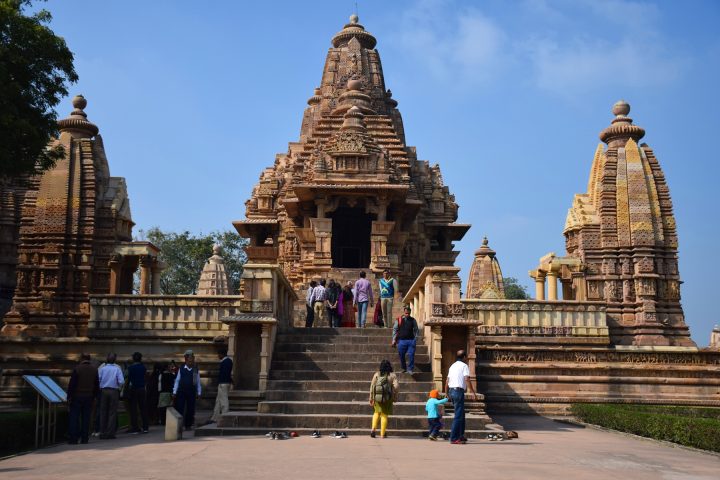 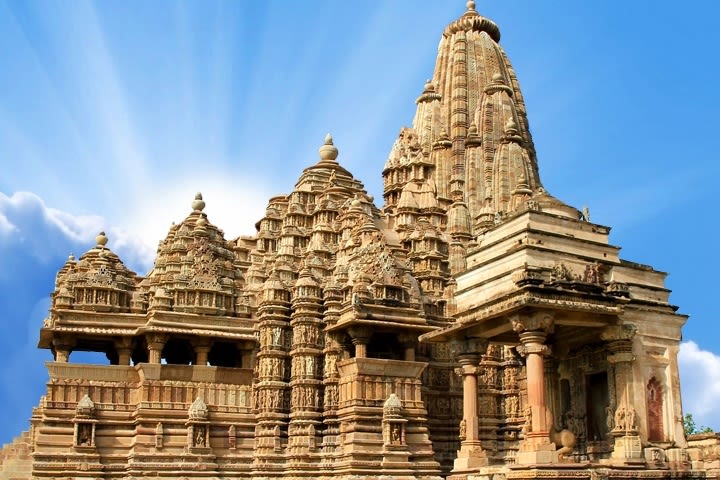 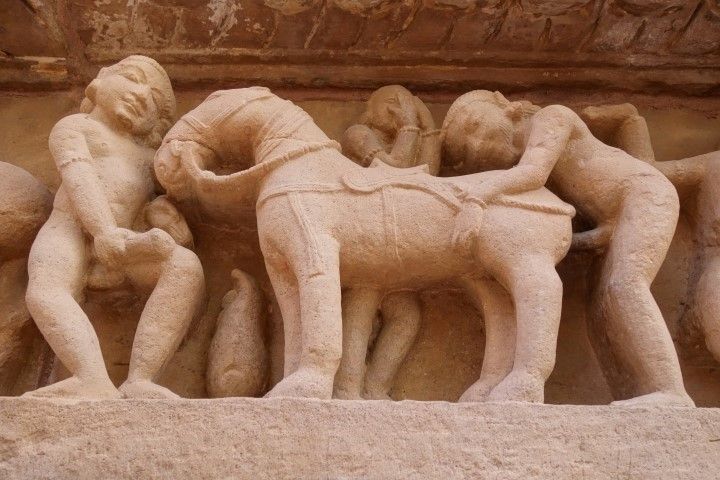 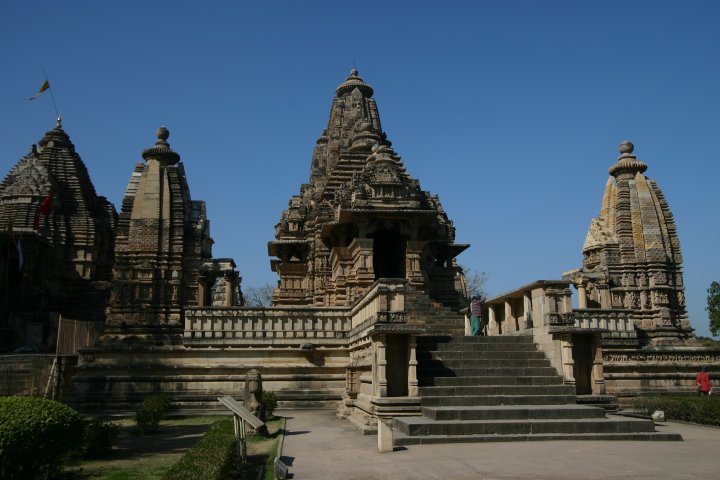 Additional Information:
1- This tour is operate Everyday
2- All Members Passport Photo Copy at the time of booking
3- No heart problems or other serious medical conditions
4- This is a private tour/activity. Only your group will participate
5- Duration are approximate, the exact duration will depend on time of day and traffic conditions

This 3-day private guided tour departs from Delhi and includes round-trip transportation by train and 2 nights of accommodation in Khajuraho. Discover the legendary Western Group of Temples, built in Khajuraho in the 9th and the 10th centuries. Also visit the village of Orchha which is set among well-preserved palaces and temples. This private tour includes multiple meals as well as pick-up and drop off from your Delhi hotel, the airport or the railway station.

Day 1
Day 1: Delhi to Jhansi by Train and 3-hrs drive to Khajuraho

At 6am Breakfast will be served on board. Passengers must carry valid photo identification (passport, driver’s license or student ID).

Relax and enjoy the beautiful view of the countryside on your train ride from Delhi to Jhansi.

At 10:40am Arrive at Jhansi Railway Station, meet your driver at the main exit gate with your name placard. After arrival 3-hrs drive to Khajuraho, where you will see the legendary temples of Khajuraho built in the 9th and the 10th century.

Lunch will be provided at a local air-conditioned restaurant.

After breakfast at the hotel and we visit the Western group of Temples (a UNESCO World Heritage Site). Start with Kandariya Mahadeo, the largest and most typical Khajuraho temple with exquisite carvings and intricate and detailed craftsmanship in stone depicting divine deities, celestial maidens, eternal lovers, gods and goddesses.

Lunch will be provided at a Local air-conditioned restaurant.

After lunch, visit Chitragupta Temple which is dedicated to the Sun God (Surya Dev). Continue to Vishwanatha Temple which has impressive entrances with magnificent stone guarding its northern steps and royal masonry elephants taking care of the southern steps. In the afternoon, visit Lakshmana Temple, a pretty Vaishnava temple that flaunts a lintel over its entrance depicting the divine trinity of Lord Brahma, Lord Vishnu and Lord Shiva along with Goddess Lakshmi, the wife of Lord Vishnu.

In the evening, optionally see the Sound and Light Show, a spectacle that evokes the life and times of the great Chandela Kings and traces the story of the unique temples from the 10th Century to the present day.

Day 3
Day 3: Khajuraho to Jhansi around 3-hrs drive and Train to Delhi

After breakfast at the hotel, leave Khajuraho to drive to Orchha. Formerly the capital of Bundelas’ Orchha is a village set among a complex of well-preserved palaces and temples.

Lunch will be provided at a Local AC Restaurant.

After lunch, visit Orchha Chahatris, 14 chhatris or memorials for its rulers, situated near the Kanchan Ghat on River Betwa, Phool Bagh, is a well-laid garden and was the resting place of the erstwhile Bundela rulers. Also visit Orchha Fort, whose complex is located on an island on River Betwa, having a number of palaces to visit within it the most noteworthy of them are Rajmandir and Jahangir Mahal.

Depart Orchha in the evening to return to the Jhansi Railway station and train to Delhi. The train departs at 6:40pm and dinner will be served on board.

Arrive at New Delhi Railway Station at 10:40pm, where you will be met by a representative who will assist you in boarding your vehicle for return transfer to your Delhi hotel or the airport.

Khajuraho : Overnight at a 4* hotel Ramada or similar

Group Discount Available
From $ 255.00
per Adult
Need help with booking? Send Us A Message

3-Day Golden Triangle Tour to Agra and Jaipur from Delhi