Crawford Market, is one of South Mumbai’s most famous markets. It was named after Arthur Crawford, the first Municipal Commissioner of the city. The Market was later named after Mahatma Jotirao Phule after a long struggle by the President of Mahatma Phule Smarak Samiti, Mukundraoji Bhujbal Patil. The market is situated oppositethe Mumbai Police headquarters, just north of Chhatrapati Shivaji Terminus railway station and west of the J.J. flyover at a busy intersection. The market houses a wholesale fruit, vegetable and poultry market. One end of the market is a pet store. Different varieties of dogs, cats, and birds can be found in this area. Also, endangered species are illegally sold there. Most of the sellers inside the market sell imported items such as foods, cosmetics, household and gift items. It was the main wholesale market for fruits in Mumbai until March 1996, when the wholesale traders were relocated to Navi Mumbai (New Bombay). The building, completed in 1869, was donated to the city by Cowasji Jehangir. After India’s independence, the market was renamed after Maharashtrian social reformer, Mahatma Jyotirao Phule. In 1882, the building was the first in India to be lit up by electricity. 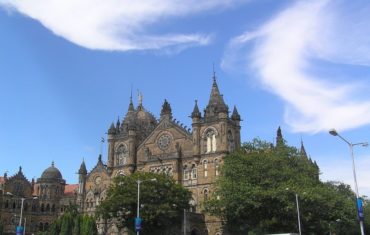