The Agra Fort is a UNESCO World Heritage site located in Agra, Uttar Pradesh, India. It is about 2.5 km northwest of its more famous sister monument, the Taj Mahal. The fort can be more accurately described as a walled city. The 380,000 m2 (94-acre) fort has a semicircular plan, its chord liesparallel to the river and its walls are seventy feet high. Double ramparts have massive circular bastions at intervals, with battlements, embrasures, machicolations and string courses. Four gates were provided on its four sides, one Khizri gate opening on to the river. Two of the fort’s gates are notable: the “Delhi Gate” and the “Lahore Gate.” The Lahore Gate is also popularly also known as the “Amar Singh Gate,” for Amar Singh Rathore. The monumental Delhi Gate, which faces the city on the western side of the fort, is considered the grandest of the four gates and a masterpiece of Akbar’s time. 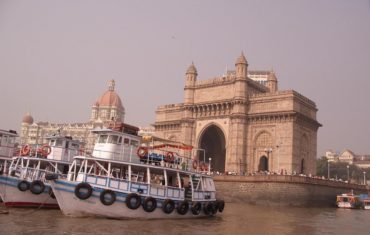